The Bulldogs Hockey Organization is pleased to introduce the newest member of our coaching family, Matt Noga. Matt will be the Head Coach of the Peewee 2010 and the 2011 birth years.  In addition to his coaching duties Matt will also serve as the Director of Player Development, evaluating, guiding and preparing our Bulldog athletes for success.

Matt’s coaching career started with the Chicago Fury. After 7 years as a head coach, he went on to be the Hockey Director and Skills Director for the Admirals youth program. As a skills director, he worked with USA Hockey and the ADM Program. Most recently Matt was the head coach of the of the Pee-Wee Minors CSDHL at the Falcons organization. He is coming off of successful a season, including the winning the CSDHL Playoff Championship.

Matt played his youth hockey with Team Illinois and Chicago Young Americans.  He then played Tier I Jr. hockey winning the MVP in the USHL as well as being crowned the leading scorer. Noga continued to be successful putting up huge point totals at Division I St. Cloud State in the WCHA, and also professionally in the ECHL.  Check out Matt’s playing career: https://www.eliteprospects.com/player/39337/matt-noga

From Matt…
“It’s always been my dream to work with the Naumenko family. Learning how to approach the game of hockey in my youth started with Russ’s father Wally Naumenko and my father, Don. I am excited to be a part of the Bulldogs organization, as well as the Naumenko-Noga connection coming full circle.”

And please be sure to say hi to Matt when you see him at the rink!

Need to make a payment?

FROM THE PRO SHOP - OFFENSIVE ZONE

The Pro shop at Heartland will be open every day during the Bulldogs skates. We are offering all our regular services including skate sharpening and gear disinfecting.  Any questions can be directed to info@offensivezone.net 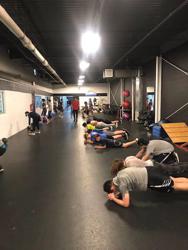 The official partner in training with the Chicago Bulldogs Hockey Organization:  Offering sport specific training for teams, small groups, or individuals of all ages.  Heartland Performance Training offers top of the line training for the athletes that really want to get better and train at a higher level! At HPT we focus on speed, strength, agility, explosiveness, balance, stability, and much more! Call or email today to sign up for a FREE trial session!  Come train with the best to become the best, at Heartland Performance Training! 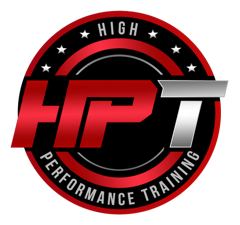